When the Universe talks… do you listen? 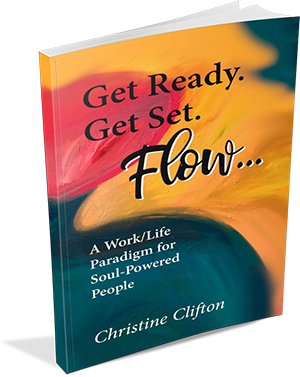 Do you remember the old E.F. Hutton commercial? The tagline was “When E.F. Hutton talks…. people listen.”

That commercial reminds me to actually listen when “The Universe” (God, Spirit, higher power, Source … insert your word there) talks to me.

What I hear so often from my clients is that they have a hard time knowing if it’s their ego mind or if it’s their intuition (aka connection with Source) talking to them.

So, how DO you know which energy is prompting you?

There are two indicators that I use to discern prompts when I hear them:
* Is it something I would have thought of?
* Does the prompt feel “light and right” for me?

You see, what I find is that when The Universe prompts me, it’s most often something I haven’t already thought of… or something I would not have chosen (often because of my own ego).

In addition, I sometimes find myself squashing ideas that feel light and fun… as if it’s too good to be true. When in reality, Spirit only works in light energy.

For example, launching the crowdfunding campaign for my next book, “Get Ready. Get Set. Flow… A Work/Life Paradigm for Soul-powered People” wasn’t anything I would have thought of doing.

Yet, here I am with it being 70% funded in only 2 weeks!
(Would you help me out by making a donation? Click here to contribute!)

I actually “got” the idea for crowdfunding over a month ago and immediately discounted it.

Here were just a few of the ego-mind voices in my head:
* I can’t do that, people will think I’m desperate!
* I have plenty of money to publish my book, I don’t need to ask for money!
* I’m scared to crowdfund, what if nobody donates or if I don’t reach the goal?

After a couple of weeks of pushing the idea aside, I finally gave it the consideration time it was asking for. I created the space to be with those thoughts and to look more deeply into my resistance. With that discernment, I heard The Universe talk to me loud and clear:

“It’s not about the money, Christine, it’s about inviting CONNECTION:
ASKING for specific help and ALLOWING others to contribute to YOU for a change!”

You see, as I’ve been dealing with the physical limitations that are a part of this illness right now, I haven’t had the stamina for my typically successful marketing activity: speaking to groups. It’s caused me to try to come up with other ways to connect with kindred spirit people.

Here’s another example: back in June, as I was trying to brainstorm things I could do instead, I heard The Universe say “Look into LinkedIn ProFinder.” I recommended it to a client last year for lead generation into his video animation company, but it never occurred to me to see if it included coaching services.

Once I checked into it, I decided to give it a try.

In three short months, I’ve spoken to 25 people that I would have never met otherwise… and have had the honor of coaching 17 of them so far! How does it get any better than that?! (PS – that’s an incredible conversion rate, by the way: 68%!)

It’s pretty common for those of us who have been traumatized by life, career, health, or business to feel skeptical when we have an idea that feels really exciting. That trauma (aka: things outside of our control) often causes us to doubt our ability to do something different and exciting because we’ve gotten so beaten down by prior circumstances.

Most often I hear people say, “I’ve got to trust The Universe.”

Well, that’s actually a ridiculous thing to say…. why?!
Because The Universe is a “call and response” system…
it has no free will.

It only returns the vibration to us that it’s getting from us.

So, when people say that, what they’re actually saying is this:
“I’ve got to trust MYSELF.”

Like attracts like, my friends! You must BE the vibration in order to attract what you want. So often, though, it feels like a challenge to vibrate at a frequency that you’ve not yet experienced before.

That’s where visioning, guided visualizations, vision boards, and such can come into play.
There IS a catch, though:
in order to create one of those, YOU HAVE TO KNOW WHAT YOU WANT.

YOU’RE the one with the free will!
YOU get to CHOOSE how you create your ideal life design.

There IS another catch, though:
your PURPOSE is what guides the energy return to you.

It’s that BIG KAHUNA VISION that I’m here to implement on the planet which is tied to my PURPOSE. My purpose is all about CONNECTION. And while I may be visioning an outcome that * I * see/desire…. Spirit knows the bigger picture and has more possibilities available to me than my human brain can envision.

For some reason, I’ve been given this genetic disorder as part of my path. Believe me, I NEVER would have put this on a vision board, LOL! Yet, here I am. I would not be experiencing it if it weren’t a part of my PURPOSE. I have no idea why or what will come next.

Yet, I KNOW that I am on track… even though it wasn’t a part of my vision.

It’s not that The Universe has failed me because I didn’t manifest what I wanted. I know that Source is directing the energy that The Universe is bringing to me. I TRUST that what is happening through me is for my highest calling.

And it’s exactly these concepts that will be taught in my new book:

Would you help me bring my work into the world by contributing to my book crowdfunding campaign?